Hi everyone! How are you? ❤️ Get ready to cry tears of happiness guys……..you got those tissues ready?……..I’ve been on a book shopping spree!! 😥🤣 (Well that’s a half lie as 2 of these books were a gift 😏😂). This post see’s the return of fairylights to my blog which I’m incredibly happy about ✨ There are a total of 13 books which originally just started out as 3 books back in August when I was in England but you know how out of control these things can spiral! (I got a Waterstones loyalty card even though I won’t be back until next year, those points are gonna take a WHILE to build up but you know they will 😂).

I’m going to guide you through my thought process in deciding to buy each of these books so without further ado here is what you’re waiting for, these are the books I chose 💫: 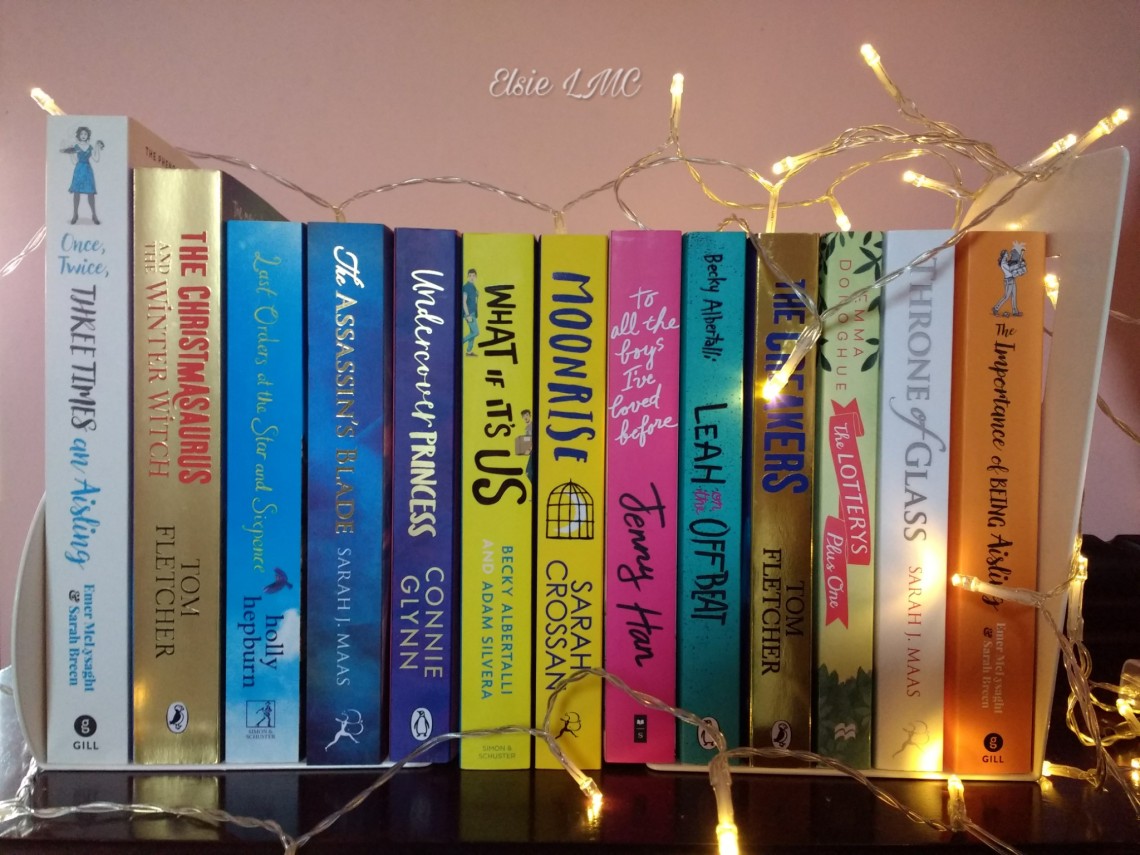 Let’s jump into this (imagine jumping into a pile of books…it would probably hurt but it’d be pretty amazing at the same time 😵😂).

Leah on the offbeat by Becky Albertalli

When I heard of this after reading “Love, Simon” I was forever on the lookout for it but it always seemed to be sold out (which is a good sign as it means it must be a sought after read!) so when I saw it I held it onto it tight incase it tried to escape into the hands of some other bookworm. “Love, Simon” was a very easy-going book with a brilliant plot so I can’t wait to get stuck into Leah on the offbeat!

The Assassin’s Blade & Throne of Glass by Sarah J. Maas

After finishing the Court of Thorns and Roses collection some time ago and not wanting it to end I sought solace in the fact that the Throne of Glass series was out there waiting for me and after some initial confusion over which book should be read first in the series (Assassin’s Blade is listed as being first inside the cover so I got it but was unsure because they all go under the heading of Throne of Glass so I also got that 😵😂). I was soon pointed in the direction of going with Assassin’s Blade which is described by Sarah J. Maas as being book 0 and to be read before book 1 and I’m looking forward to escaping into another world + being immersed in a new fandom! 🤞

The Creakers by Tom Fletcher

This has been on my TBR (or should I say TBB: to be bought) list for soooo long! When I wasn’t interested in it (back before I read the Christmasaurus) it was everywhere and when I wanted to get it I couldn’t find it at all so I was sure to grab it when we crossed paths on one fateful trip to Eason’s! 😂 I’ve heard such good things about it and it sounds like my idea of the perfect bedtime read so I’m excited to finish what I’ve got going at the moment (which just so happens to be another book on this post to be revealed incredibly soon) but at the same time I’m not as that books amazing as well 😌 (oh the turmoil 😂).

The lottery’s plus one by Emma Donoghue 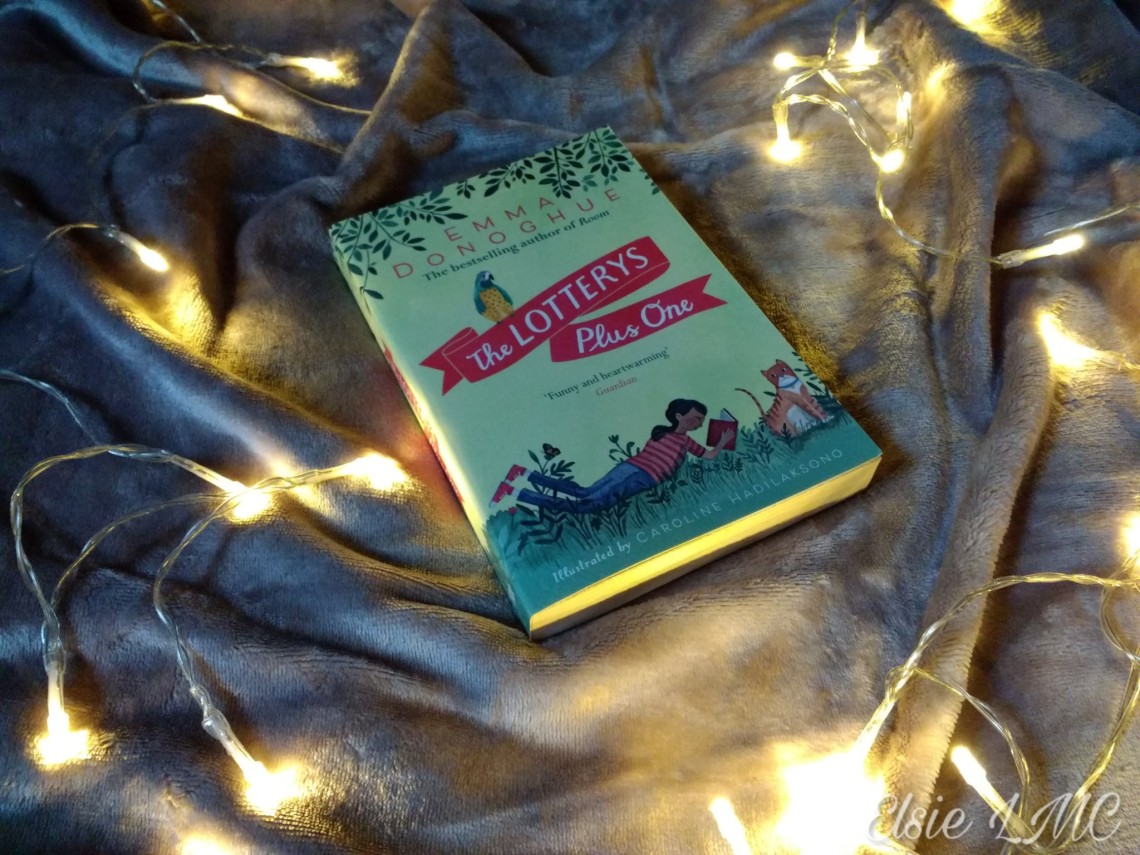 This is the book that I’m currently reading (the only one in this post so far which is a record) and I am in love with it! I hadn’t heard of it before I picked it up to have a look in the store but what drew me in was the illustrations throughout & it reminded (plus continues to remind) me of my favourite movie “Song of the Sea” in a relaxing sort of way.

The story follows two couples who banded together when they won the lottery and created a family. Sumac (one of their children) is the narrator and she tells us of how things begin to change when an unwelcome distant family member that she is given the task of guiding comes into the fold. I’m kind of zooming through it and I want nothing more than to slow down and make it last but some things can’t be helped 🤷😂

What if it’s us by Becky Albertalli & Adam Silvera

More Becky Albertalli to keep me going! I’m always intrigued to see how books turn out when they have multiple authors so this one should be interesting!

The Christmasaurus and the Winter Witch by Tom Fletcher

I had no idea there was a new one of these out! (Well I do now of course 😂). I discovered it just in time for Christmas and I think I’m going to re-read the first Christmasaurus book to double the festive feels it will surely bring! 🎄 I love the cover and how the spine (just like the other 2 Tom Fletcher books I have previously spoken of) is golden 😍 Its gonna look marvelous on my bookcase 😂

Last Orders at the Star and Sixpence by Holly Hepburn 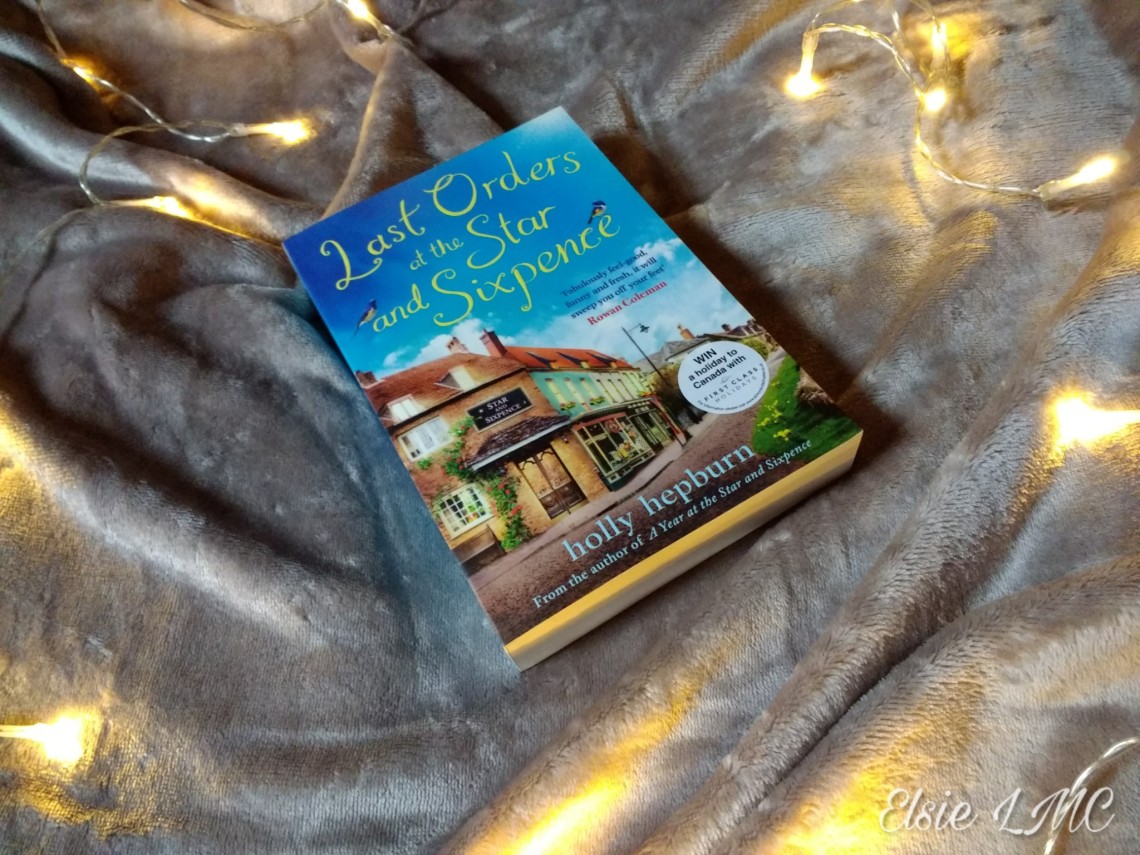 I used to talk about A Year at the Star and Sixpence a hell of a lot (to the extent of writing a review of it here) and FINALLY I have found another book in the sequence by Holly Hepburn (que the happy tears again 😰). I honestly thought I wouldn’t lay my eyes upon any more of her books and after being so enthralled by the first one that thought was something I couldn’t handle so when I came across it purely by chance the evening before I returned to Ireland after a midnight trip out let’s just say that you’ve all been spared from an almighty strop now that I have it in my possession! 😂

The Importance of Being Aisling + Once, Twice, Three Times an Aisling by Emer McLysaght & Sarah Breen

These were a birthday present that I wished for with a passion! (I accidentally saw my mum holding the second book above in the OMGWACA series before my birthday and couldn’t be convinced otherwise but it didn’t ruin the surprise as then I couldn’t wait even more to receive it! 😂). I loved the first book (Oh my God, what a complete Aisling) and had my head in it for days on end so I just know that these won’t disappoint! I plan on writing a review of the first one before I start the second book so keep your eyes peeled for that! (What a horrible saying 😬😂).

This book is going to be another bedtime read (as that is when I have the time to do the majority of my reading!) and the summary alone has already pulled me in! It sounds a lot like the parent trap in that the two girls swap places but I could be wrong? Well I won’t know until I start it do I!? 😂 At a quick glance I feel like this book is going to have brilliant imagery and that because of this I will really get into/lost in it (probably just jinxed it by saying that though).

What caught my attention about this book was that it is written very differently from anything I’ve ever seen before. From what I can gather by just flicking through it each page is like a mini chapter telling the story of a boy who’s brother is on death row. It seems like a very intense read but its been a very long time since I’ve come across something like that so I’m ready for it! 💪👈😂

To all the Boys I’ve Loved Before by Jenny Han

The amount of people I’ve seen writing about this book is incredible! 😂 They were doing something right in capturing my attention because here I am with it! It sounds like a unique yet easy read and I don’t want to jump to any conclusions and jinx it but I get the feeling that I’m going to enjoy it a lot!

Thank you for reading this haul! 😉 Have you read any of these books or did anything catch your eye that you like the sound of? Let me know in the comments below and have a wonderful day ❤️

If you enjoyed this post here are some more book hauls by me: