Hi everyone! I hope you’re well ❤️ On the 12th of March my sister and I traveled up to Dublin to see my favourite band Bastille and it was one hell of a night. The concert was originally meant to be on January the 27th but because of the Irish weather it was brought forward to March. This meant that Dublin was originally the first date of the tour and ended up being the last (the luck of the Irish was nowhere to be seen 😂).

We arrived early and saw on Instagram that the band were walking around the city so we decided to stay back and hang around Temple Bar whereupon we immediately got distracted and finally got bubble waffles 😋 I’ve wanted one of these since we stayed in the city last October and so I was very excited to see what they were like. I got the Nutty Crunchy which had walnuts, pecans, almond, strawberry ice cream and chocolate sauce and it was DELICIOUS!

We then went to the Olympia Theatre and ended up waiting in the wrong line for a good while before realizing it wasn’t leading to the correct entrance 😂 It is because of this that I don’t feel I have the right to say that the Olympia Theatre is my favourite venue (but it is). The show soon started and ONR the support act was brilliant! I think that was the first time I’ve really enjoyed a supporting act at a concert and it really got us in the mood for Bastille.

When they came on the stage it was absolutely amazing and we sang and danced along the whole way through and we both agreed that it was better than seeing them in the 3Arena in 2016 as it was way more intimate. I can’t explain why I love them so much, their music just makes me feel unexplainably happy and like I can conquer the world (not that I would do that, I’m not evil 😂). The whole thing was put together beautifully and I was just in awe of it all. 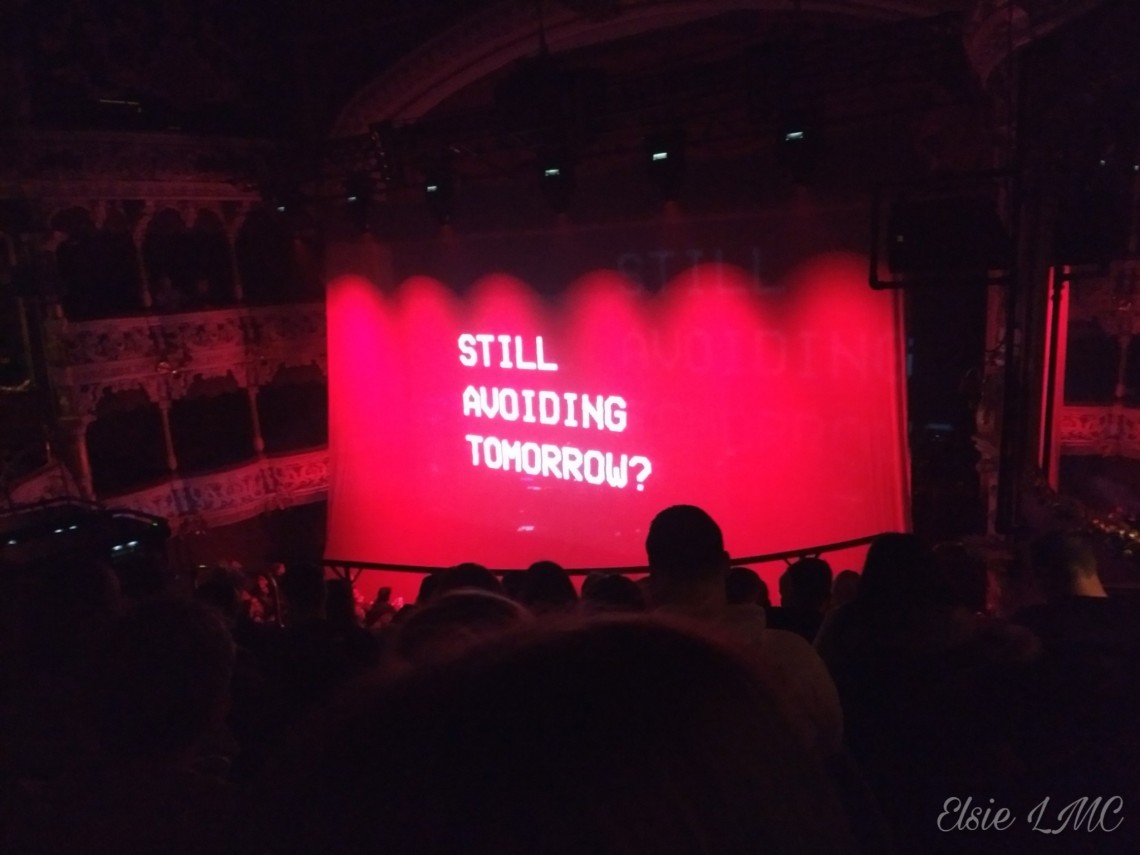 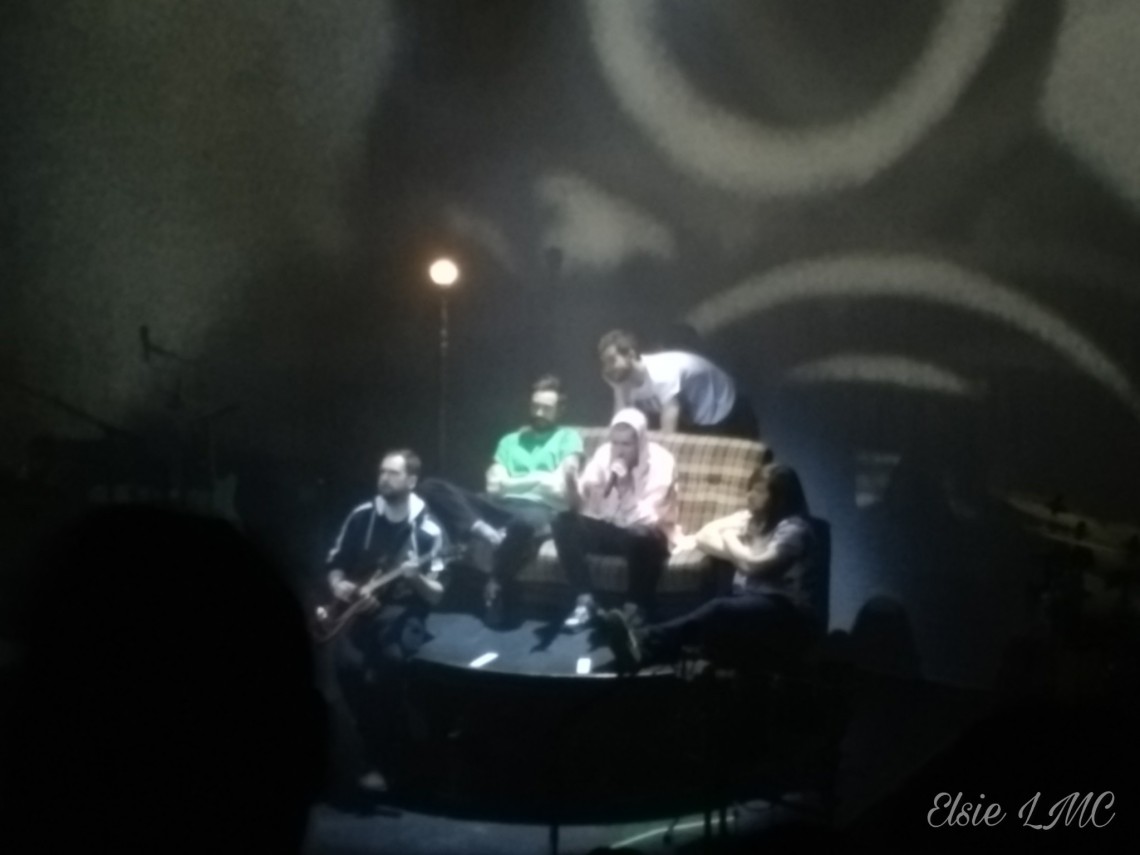 Afterwards my sister had the idea of going around the side to the stage door so that we could meet the band and I’ll admit I was indecisive at first because I was way too nervous for that so when we saw all of the equipment from the stage being packed away we decided to go get a hot drink somewhere and come back.

In the cafe “Wild World” by Cat Stevens came on the radio and it was so strange as Bastille had only just performed that! ✨

A short while later we returned to find a small queue so we joined and waited. A mother and her daughter kept us company and the time passed by so fast. It was FREEZING cold and I couldn’t feel my feet, at one point I tried to stand more comfortably so I shifted my weight onto my other foot and I nearly went down! 🙈😂

I can’t remember how long we waited, it was more than two hours for sure but it was worth it because Dan Smith and Woody came out of the building and we got to meet the former of the two!! After being a fan for 6 years I couldn’t believe it and still can’t. My sister took what we thought was a photo but turned out to be a video so the moment was captured 😂.

When I mentioned that I wanted to meet new people this year in my new years resolutions this was not what I had in mind and it’s just so strange 😂 I’ll admit I was feeling unwell with a flare-up that morning so I was unsure whether or not I could go but if I hadn’t have gone this wouldn’t have happened and that is so strange to think about! ✨

We quickly made our way back to the car whereupon we found that it wouldn’t start 😓 (moodkiller! 😂). We were well and truly stuck and it was a little under 3am in the morning, what were we going to do? Action stations kicked in and my dad got someone to help me push the car down from the third floor of the carpark while he steered it and my sister went to get help.

Outside we pushed the car to the kerb and I called my mum to ask her what our insurance number was. There was a worrying moment when it couldn’t be located on our side in the car but we found everything we needed. A taxi stopped and tried to help but their engine was too up to date so nothing could be done. My sister rang the breakdown number on my phone (as hers was dead) and my credit went (now we were really anxious!) so she tried on our dad’s phone and THAT phone’s credit went too!! But luckily just before it had gone my sister had told the person on the line our number so they rang back! 😌

By this time dad had got help and we eagerly awaited on the side of the otherwise empty street with our fingers crossed and after a few twists of the key the engine started properly. We were going to make it home! (I honestly thought I’d never see it again as we were so far away 😂). We thanked the person over and over again before jumping in as quick as possible incase it went again and started on our long journey home 😄 I rang home and let mum know that all was okay as she had been scared alongside us not knowing what was going on and it felt so surreal thinking back to the concert and meeting afterwards as it felt like it happened on a whole other day 😵😂

At first we felt guilty thinking that if we hadn’t been so long maybe the car would have started up but apparently our battery was running low and we had to get a new one anyway. It’s safe to say that the next day I was dead with a flare-up of my migraines and I’m still only just getting over it but other than that rather scary mishap it was the perfect evening 👌😂 I mean I met Dan Smith, my life is set! Still, let’s just say I don’t want to be going up to Dublin again anytime soon!

Thank you for reading! 😉 I had no idea this post was going to be so long so I appreciate it if you’ve made it this far 😂 Have you ever broken down far away from home? (I’d only done so twice before this and it was nowhere near as scary an experience), Have you ever met your favourite singer? Let me know and I hope you’re having a beautiful day! ❤️