Hi everyone! How are you on this overly sunny day that has me cowering in a corner like a vampire? 😌😂 Here in my part of ireland it feels like we’re experiencing our fair share of Spring weather (if it weren’t for the glorious bouts of cooling rain I would have said we’re in Summer early but weather doesn’t like to cooperate like that! 😂). I’m enjoying the level temperatures as its not too warm but this season and the next have their drawbacks in that my sister has terrible hayfever and allergies 😫 I wish we could strip the trees of all the pollen (sorry bees but my sister can’t breathe 🐝😂).

In the month of the Eighth Amendment being repealed, Harry and Meghan tying the knot, some surprisingly catchy Eurovision tunes and an emotional hospital appointment (which obviously wasn’t a favourite but I’m thinking of letting it out of my system in a long overdue health update soon), I built up a good few favourites that I can’t wait to share with you!

Now May was a weird one, the first half of the month feels light-years away….that could have something to do with forgetting to write in my planner and leaving a big gap where I have no idea what went on in my life 🤔😂 Those were days of flare-ups and despite them being there these favourites were apparent so here we go!

I thought that this years Eurovision song contest held in Portugal was brilliant (ignoring the stage intruder during SuRie’s performance 🙁). I liked more songs than I ever have before when watching it and was happy that for once Ireland actually went in with a good song and stood more of a chance than we have in past years. There were some powerful lights that meant I couldn’t watch through some songs but I enjoyed it either way. My favourites were Austria and Sweden!

The Repeal of the Eighth Amendment

This is a massive turning point in not only the history of Ireland but for right of women. For those of you that don’t know, the eighth amendment prevented women from having access to an abortion and in turn control over their own bodies. It overruled choice within the country even in life-threatening cases forcing many to risk their lives and/or lose them whilst taking matters into their own hands.

In the Constitution it has been illegal to travel over to England to have an abortion with many facing years of imprisonment and yet no one has actually been charged, it seems as if it is only to scare those in that situation. Is it just me or was that a bit warped? They were somewhat “allowed” to go over there so why couldn’t it take place in their own country? Because it is viewed as shameful. Women are put through unspeakable treatment everyday but hopefully the amendment being repealed and voted out on the 25th will change this. I myself am pro-choice. That doesn’t mean I’m pro-abortion on demand like some people like to put pro-choice down as, I believe it should be accessible by those who need it and things are moving in the right direction for that as they should be for the sake of women’s health.

At the very beginning of the month I bought these two journals in Tkmaxx! 😍 They were the last two and €5.90 together, I thought that was a bargain! I think I’m going to use them to take down notes as I go through mini tutorials of home courses trying to figure out what direction I will go in with my studies! 🤓

Being out in the garden with Ruby! 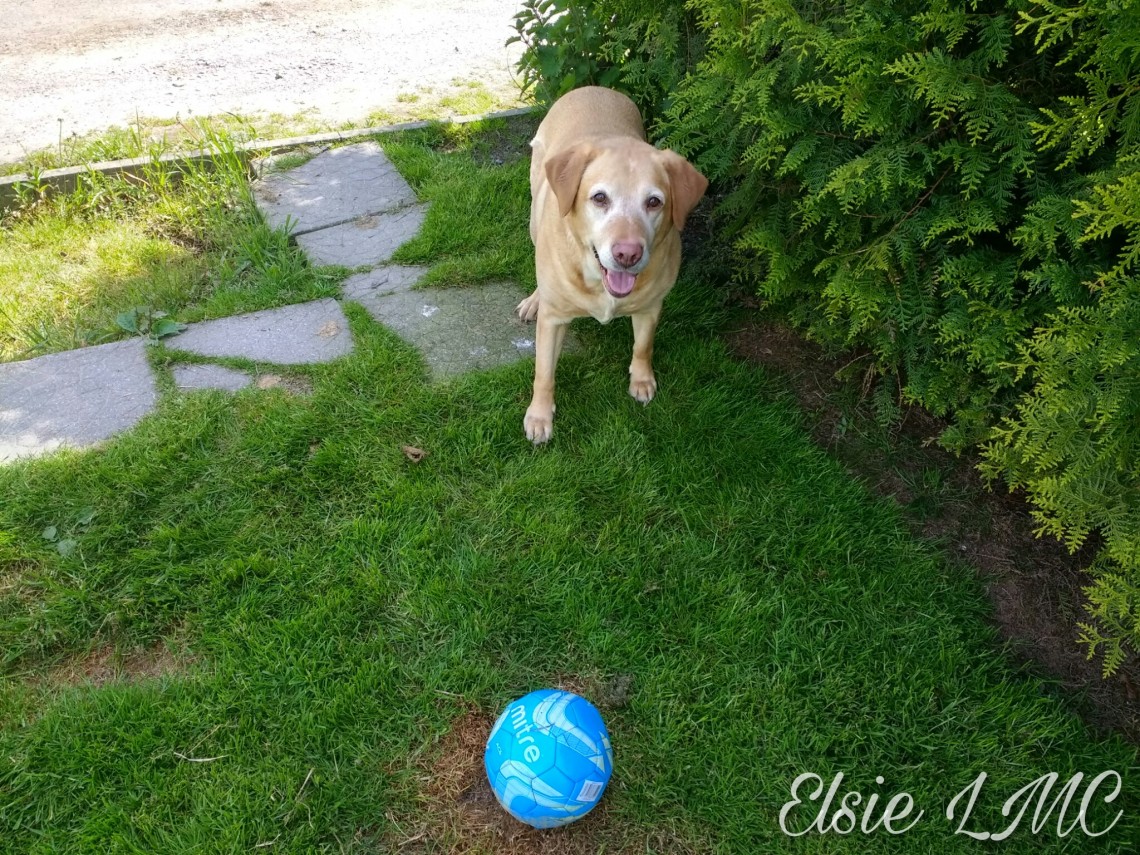 Our resident friendly giant! 😂 Ruby is playful as ever and we had a lot of fun that day. She is very caring and clingy not leaving my side (so it was difficult to kick the football without her getting in the way and acting as a goal 😂). As I write this she is fast asleep laying directly outside her new kennel which she is a bit scared of going inside alone despite it having no door. I threw some treats in for her the other day and she’d collect each one so she’ll go in if there’s something in it for her! I gave up on trying to make her see it’s not a trap after throwing a treat in there which became wedged and I had to crawl in and get it out 🙈 Its quite cosy in there…I think I like it more than she does! 😂

This foodie obsession both started and ended in May! 😂 I can’t tell you how many pretzels I ate (it’s all kind of a blur 🙈😂) but it was enough to make the obsession short-lived! I got into heating them up and they were delicious! 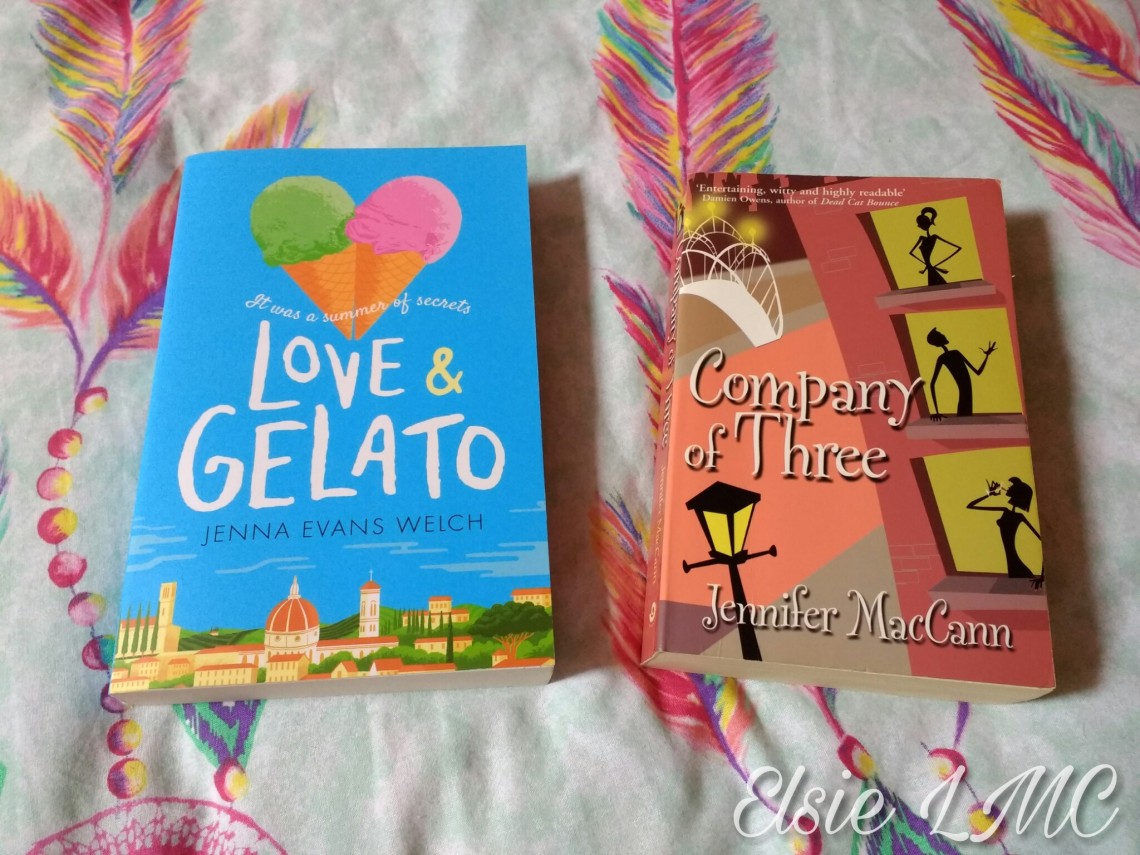 Out of all the books by my side throughout the month, these two left a lasting impression that will stay with me forever! They were both very different yet equally as compelling. In Love & Gelato Lina is navigating her newfound life in Tuscany fulfilling her mother’s last wish that she get to know her father. We follow her as she tries to discover the true meaning behind why she was sent there and with the help of her mother’s journal she uncovers the truth. Company of Three is the story of Anna, a junior editor at a publishing house in Dublin faced daily with wacky writers who wish for her to help publish their work. Anna makes a massive change in her life which welcomes new faces and drama into the fold. Company of Three was a book I read before I slept and it sent me off smiling and laughing like a crazy one because it was so funny 😂 I would recommend both of these to everyone and anyone who enjoys books that you can’t turn your back on until you’re done with them! 😂

This was a beautiful moment in time and I don’t know why but I was left feeling all positive for the day ahead. Meghan was stunning and both her and Harry looked so happy. It was weird to hear some people saying “all eyes are on London” when the wedding wasn’t even in London though (those eyes must have been waiting for a long time! 👀😂). It was strange seeing the castle on TV as it brought back memories of sitting there last August HERE waiting for my uncle in traffic so we could all go on that boat tour down the Thames 🚢😂

Granny (game on the app store)

This game was so good that I wrote a post about it HERE! Since then I’ve finished it and escaped the house but I did it in a moment where my sister left the room so I’ve got to do it again so that she can see it 😂 I’m not a superhero so of course a second win is turning out to be more difficult than the first 🙄😂

Trips to the beach! 🏖

I went to the beach twice in May, I’ve outdone myself! (Say it like Fix-it Felix Jr. does in Wreck-it Ralph 😂). The first trip was to the beach that I last stared at from afar when I told you about going to the arcade next to it HERE! That arcade was closed this time round. Before heading down to the sand I got stuck in the toilet which was a little bit frightening as the door had outgrown it’s frame and I had to push it open from underneath 🙈😂.

We had fun throwing a ball (that has since become the property of our smallest dog Toby, no surprises there! 😂) and it was so beautiful!

The second trip was to a beach that holds some nice childhood memories! This one has more of a grainier type of sand with pebbles, the air smelt of seaweed and the waves were ten times louder 🌊 (I think it’s my happy place I go to when I close my eyes now 😌😂).

Don’t be surprised if I upload these to Instagram in the near future! 😂 This beach has a bigger arcade that we had never been in before as usually from the outside it looks like kids are crawling up the walls but this time it was empty! 😌 In this one the machines give Tickets!! So it’s a lot more productive (if arcades can be called productive 🙈😂) than the other arcade. I came away with 250 tickets (mostly from a Crossy road machine that I wish I could take home) and that would have got me half a unicorn mug (the prices in these places are lethal). I don’t mind saving the tickets as it means we’ll be going back again 😏 Before we went home I ended up paying an unlawful amount of money for three icecreams that I never want to talk about again….being treated to a waffle and a hotdog helped me get through it though 😜🌭.

And last but by no means least, Bastilles new song!! It is unbelievable 😭 You could have cut the tension in the room with a knife when I listened to it premiere on the radio 😂 It’s instantly up there with their other songs and I can’t wait till they release their next album!

Thank you for reading! 😉 What were your May favourites? Let me know and have a beautiful day! ❤