Hi everyone! How are you? ❤ It feels like only yesterday I typed out my March favourites and yet here we are with another roundup! 😵 It doesn’t at all feel like any of these favourites were accumulated in April because I spent the last half of the month resting which felt like it went on for a month in itself! We should only just be heading into April now! I’m ready now! 😂 There is more than I expected to go through so I will get straight into it, Here are my April Favourite’s!

Everything that went on in my Kinda crepe by the quay and a Penney’s haul post!!

This was such a lovely day and before I started having the bad flare-ups that caused me to take a blogging break I was able to go up there again! I thought I’d share with you here what I got as opposed to writing another post about it as I got Kinda waffles instead and that doesn’t have the same ring to it as Kinda crepe did! 😂 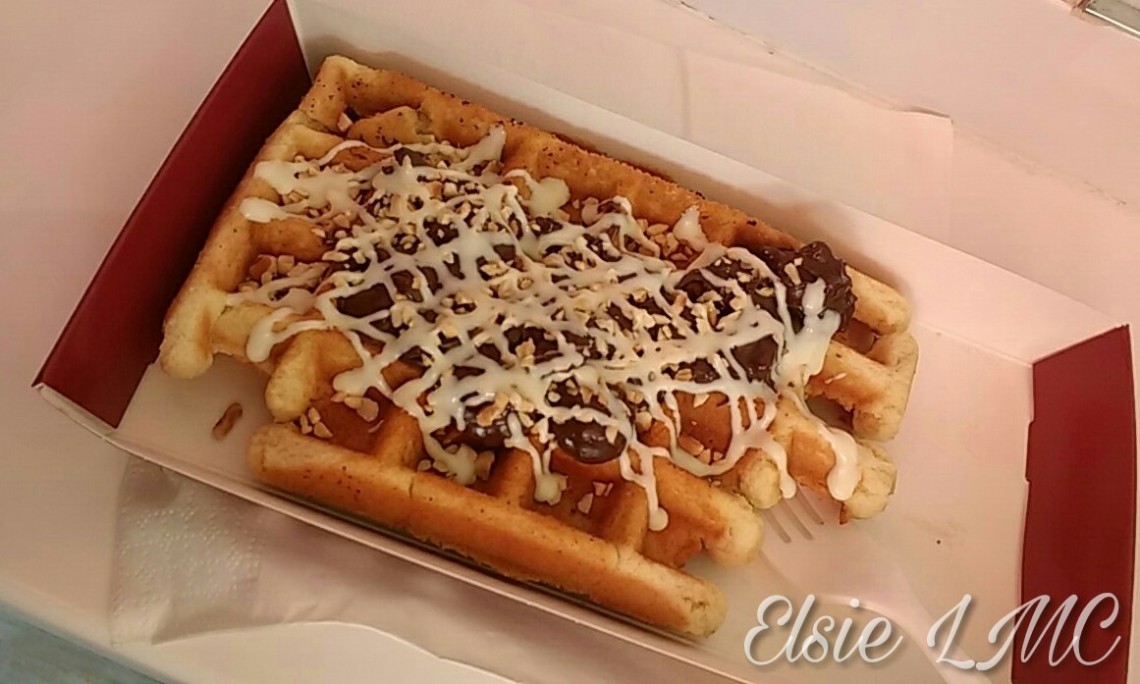 My waffle was made to look like it had bites taken out of it 😑 I reckon that was the guy getting back at me for realizing that the waffle came with a hot chocolate too just like the crepe did this time round 😋 (I never miss a bargain! 😂). It was so good! If I’m ever up there again I’ll stick to waffles as the crepe was very messy.

We also went to Penney’s where I got a striped bodysuit that is stretchy and perfect for just lounging around in: 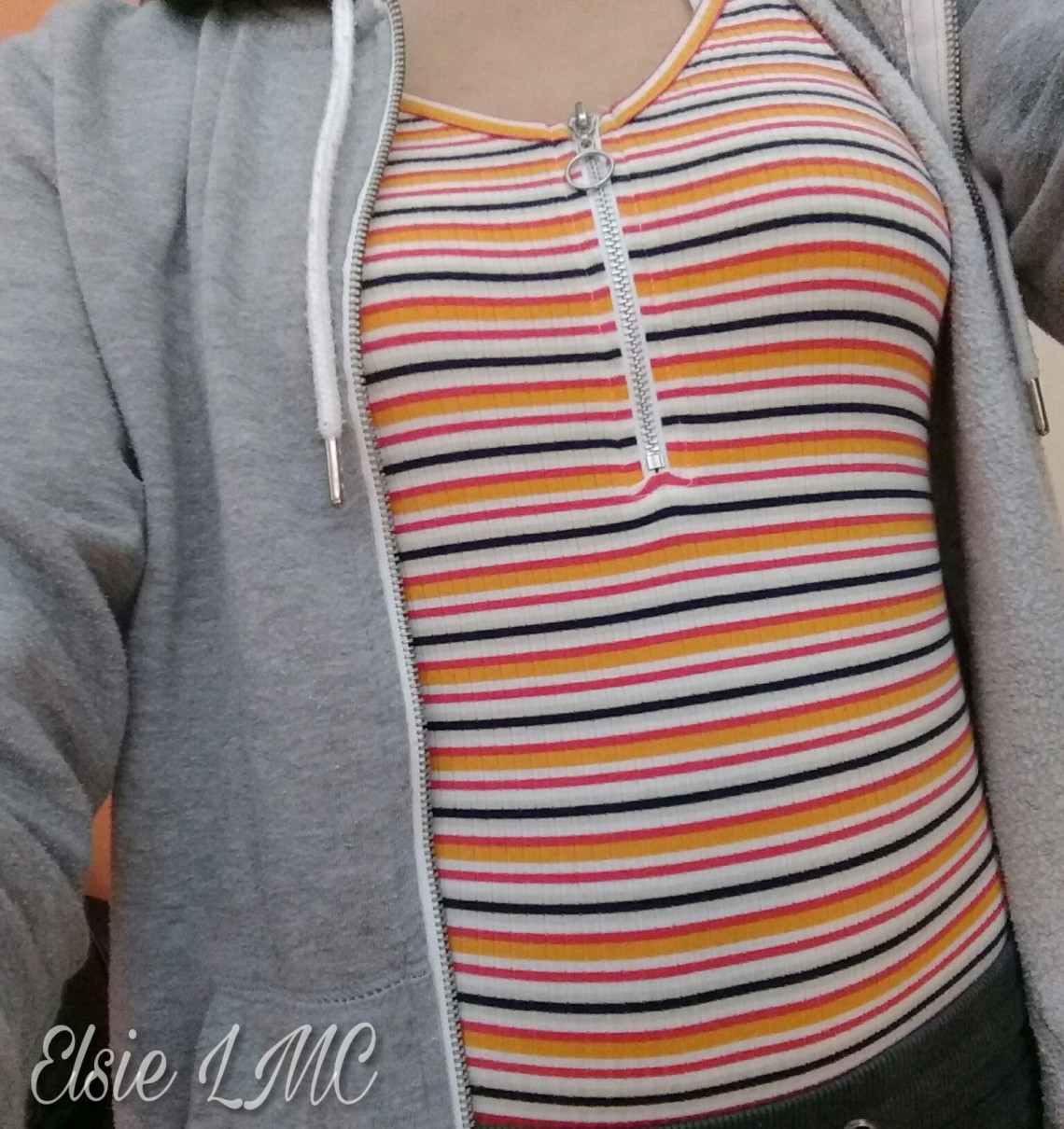 I got a black belt (after picking up the wrong one last time which I gave to my sister in the end), I stuck to a silver buckle and they didn’t have any plain ones left so this one has cute flower indentations:

The last three things I picked up were a pack of three cookie monster socks that will be great throughout Spring/Summer as they’re short and so don’t come up over plimsols, a pair of emoji socks I liked on the Penney’s online site and a pink scrunchie! 😍 (I have broken all of my black strong hairbands that blend in with my hair so I need to get more but until then I’m introducing some colour into my routine! 😂). 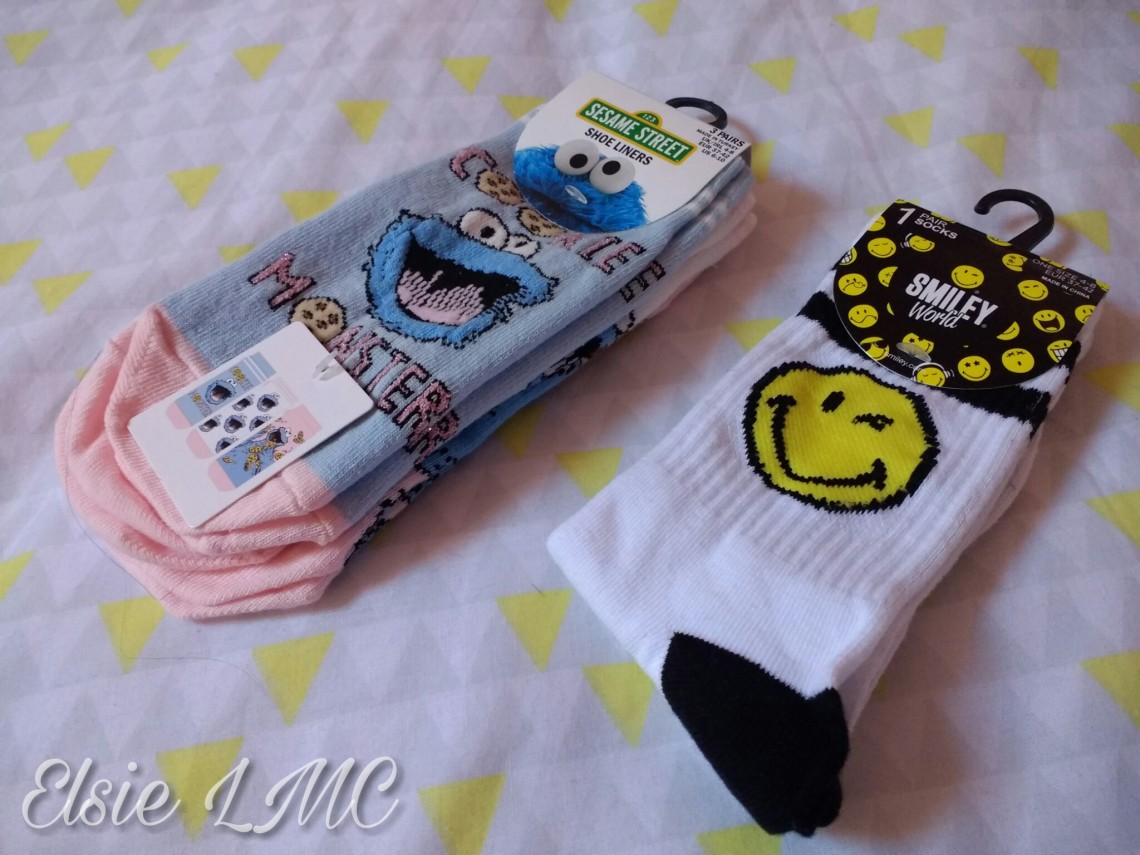 We went to the same restaurant as we did last time we were together and the waitress remembered us and that my sister is vegan (the trip was the same although we didn’t sit on the quay at the end, we sat in the mostly empty square surrounded by the closing shops by someone playing the guitar!). It was a struggle to choose something different on the menu as the chilli chicken was DELICIOUS but in the end I went with a rice, egg and chicken dish that tasted a lot like kedgeree despite not having fish in it (which I love because it reminds me of staying with my aunt last August and then trying to recreate it after!). 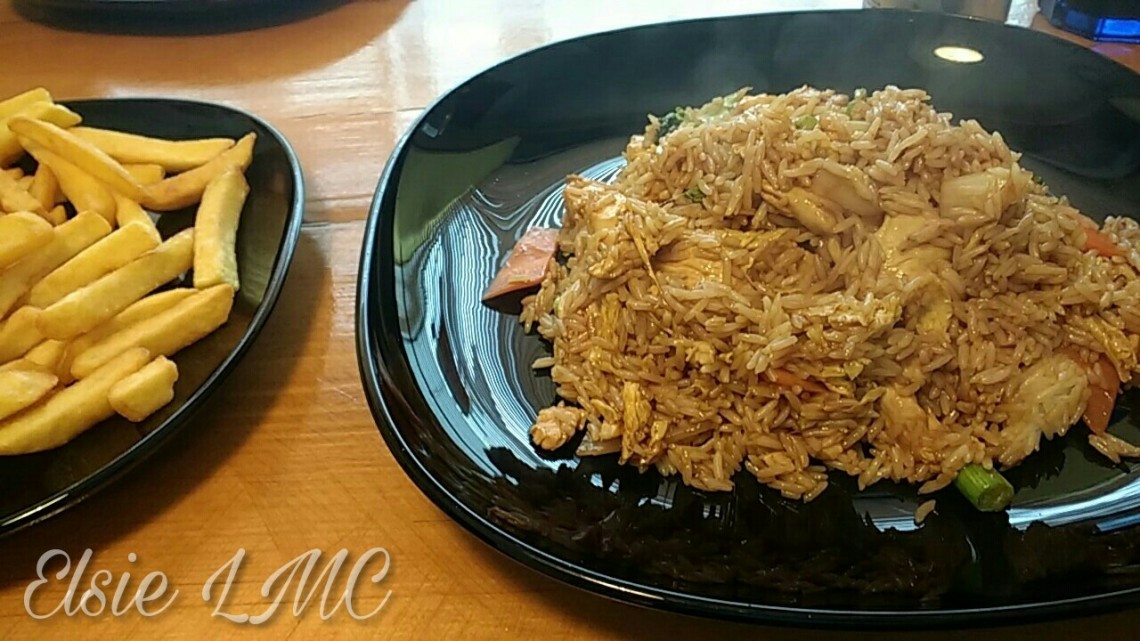 I didn’t realize that this dish isn’t advertised as coming with a side order as the rice in it is basically the side 🙈 and not knowing it would be dry without sauce I asked for some chips which I didn’t get charged for! 😆 In fact I came away having paid 50c less than before after a bigger meal and carrying a doggy bag for the next day! Result! 😂

In March I read Jacqueline Wilson’s book “Wave Me Goodbye” and didn’t end up mentioning it in my favourites for that month HERE because the list was jammed packed already but I really enjoyed reading it before I slept so I decided to read another one straight away! I have a fare idea in my mind of what Jacqueline Wilson books I haven’t read yet (three, soon to be four as later this month a new one is out!! 🤗) and Clover Moon was one of them! Again I took my time with it forcing myself to leave it till night and it was amazing! Its very easy to fall into Wilson’s characters and follow the story after a long day. Just like I go to bed looking forward to breakfast, I wake up look forward to bed when I can grab a good Jacqueline Wilson book! 😂

Opportunity to review a book! 📕

Back when we were having coffee HERE I told you that an author contacted me to do an honest review of her book!! 😵 (And I’m not lying I feel a bit faint thinking about the surprise of it 😂). I have since finished it and am working my way through writing that review using notes I took along the way!

ABBA getting back together!! 😭

I can’t, I just can’t!! I get my love of them from my mum and Gran. I can remember being 8 years old travelling on a lengthy journey up to one of my mum’s hospital appointments before she got her transplant years later and having my mp3 player loaded with ABBA songs (my favourite is “Two for the price of one” 🙈😂). They’ve helped me through a lot and made me laugh with my sister whenever we broke out SingStar for the night. Even though I’ll admit Bastille came into my life 5 years ago I will never forget my first never-ending obsession that had me collecting stuff I still can’t bear to part with (CDs, DVDs, annuals you name it, it’s probably stuffed at the bottom of my book case wishing I could part with it 😂).

Being registered to vote! 😄

On the 25th of May the Referendum on the repeal of the Eighth Amendment will take place and it will hopefully be a huge turning point in the history of Ireland and for right of women. I’m Pro-choice and proud to contribute to that voice being heard.

Writing a guest piece for a shopping centre!! 😭 (April brought along a LOT of happy tears! 😂)

Back in February I signed up to be a Bridgewater Blogger (Bridgewater is a shopping centre that I LOVE because they have a well stocked TKmaxx 😂) and I didn’t think anything would come of it because I saw comments from people far better than me underneath the advert. I’m glad I didn’t doubt myself enough to just walk away from it because whilst I was on my blogging break they contacted me with the opportunity to write a guest piece for them!! 😭 Out of the list of choice topics I chose to write about Women’s Summer Fashion and it was a lot of fun to put it all together! 😆. It is done and dusted and I will definitely be sharing a link to it if it goes up!!

And that’s that! 😌 Thank you for reading! 😉 What was your favourite thing that happened in April? Have a lovely day! ❤