Hi everyone! How did your weekend go? On my last post I told you that one of my dogs, Toby, was really unwell and today I thought I would do a short update on how he is whilst I’m looking after him. Toby, who is usually never still and always begging for us to throw something for him 😂 recently stopped doing this and instead took to laying on our laps breathing loudly and gruffly. On Friday he started being sick, had a terrible case of diarrhea where he cried and continued to act very lethargic. On Saturday morning he was taken to the vet where we were told there was no telling why this had started but maybe he had it coming as he is a healthy dog and must have caught something his body isn’t used to fighting. He was sent home with some medicine to be fed either through a syringe or down the throat (he spat it out when I fed him with the syringe so he’s going to have to get it the horrible way instead 😂).

Toby is slowly but surely becoming his old self again now (his personality changed so much with the pain. I took the last picture above of him when I had to leave the room but he stayed in my chair which he never does as he doesn’t like being on his own but he couldn’t move). Although he has still spent a lot of time sleeping and has terrible gas 😂 we have been told he has a delicate stomach (maybe even a small case of reflux as he brings up a lot of liquid occasionally) and the medication has helped his little body fight the worst of the pain away which is lucky for him as the vet told us if we didn’t see an improvement Toby would have to be put on a drip as he was off his food and wouldn’t drink which even in such a small space of time made him hold himself differently, like he was frail. It was frightening to see him like this as he’s usually so happy and is always wagging his tail but we can see him coming back! Especially when we call him by one of his many nicknames (Mr tumbles, Tobias, Mr man 🙈😂). We are also keeping an eye on our other dog ruby too for any similar symptoms but she’s a sturdy Labrador retriever so she’ll hopefully be grand! 😂

We are taking good care of Toby and giving him loads of cuddles 🤗 (this is his idea of heaven as he loves nothing more than a day spent safe asleep in ours arms 😂 but we love it more than he knows!). 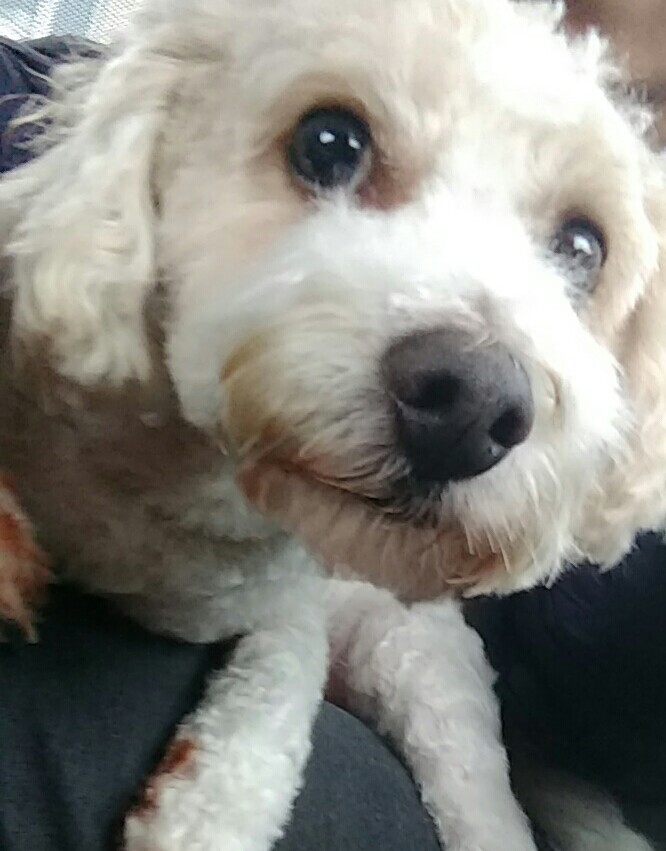 Thank you for reading! 😉💗 Have a lovely day!